New ‘Maze Runner: The Scorch Trials’ Trailer & Posters: The Scorch Will Change Everything

The biggest YA book to film franchise may be coming to an end this November, but another is right in the thicks of things. The Maze Runner franchise ins’t as big as The Hunger Games, that’s obvious, but unlike many other YA films we’ve seen throughout the past few years (Twilight, Divergent, The Mortal Instruments), this franchise kicked off its time in a really good way.

Just as many others, I was happily surprised with what Fox and Wes Ball did with The Maze Runner. Introducing us to a pretty interesting world with a couple of great young characters, led by Teen Wolf star (and future Hollywood star) Dylan O’Brien. I walked out of The Maze Runner wanted so more and luckily the sequel was already in the works for the following year. Fast forward to now and I’m really, really digging what I’m seeing from Maze Runner: The Scorch Trials. Continuing with this awesome new trailer, The Scorch Trials is quickly becoming one of those movies I’m really looking forward to in the next few months.

Great stuff, just great stuff. The first trailer kind of brought us back into the world with the characters we know while introducing just a little bit more at the same time. But this one, this one just gets right into and it’s the trailer that a perfect lead into the movie. Showing much more of what this movie is be about and how it differs from its predecessor, as well as what and who Thomas and the Gladers will face as they journey out into the scorch.

I was already looking forward to the sequel a lot, but this trailer only solidifies how excited I actually am. With these kind of films, one of the issues that arise always is that how it continues just feels off, but from everything I’ve seen from The Scorch Trials so far tells me this is exactly how it should continue. It looks to be taking the story and characters where they should be, which is a great sign.

In this next chapter of the epic Maze Runner saga, Thomas (Dylan O’Brien) and his fellow Gladers face their greatest challenge yet: searching for clues about the mysterious and powerful organization known as WCKD. Their journey takes them to the Scorch, a desolate landscape filled with unimaginable obstacles. Teaming up with resistance fighters, the Gladers take on WCKD’s vastly superior forces and uncover its shocking plans for them all.

Along with the trailer, the following character posters were released leading up to the tailer dropping, giving us some cool (and fiery) looks at some familiar and new faces. 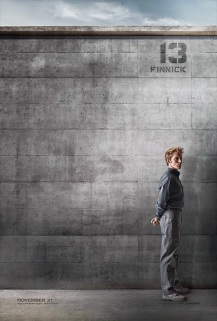