Emily Blunt Gets Plunged into a War with No Borders in the First ‘Sicario’ Trailer; New Images & Posters Tease What’s Coming

Denis Villeneuve created a truly engaging and intensifying experience with 2013s Prisoners, and that looks to be continued in an even better way with his new crime/mystery/thriller Sicario. Just as his last film starred names like Hugh Jackman and Jake Gyllenhaal, Sicario features a star studded cast led by Emily Blunt, Benicio Del Toro, and Josh Brolin. And just as you would think, the first trailer is absolutely fascinating, check it out!

In the lawless border area stretching between the U.S. and Mexico, an idealistic FBI agent (Emily Blunt) is enlisted by an elite government task force official (Josh Brolin) to aid in the escalating war against drugs. Led by an enigmatic consultant with a questionable past (Benicio Del Toro), the team sets out on a clandestine journey forcing Kate to question everything that she believes in order to survive.

I did feel (just a little bit) that the trailer gave maybe just a little bit to much away, but other than that I cannot freaking complain. I first heard about Sicario back when those first official images and poster were released, then read up on it, and was just biting at the bit to see anything on it ever since. The names it features (including Villeneuve) was more than enough to hook me, but then I read what it’s been doing through the festival circuit and damn am I looking forward to it. A deep, dark, and intense looking crime movie is something I’m always down for, I can’t wait to see what this thing can do.

Also released over the last few days were these new images and poster, with the poster showing a much different (but exciting) side to Villeneuve’s new film: 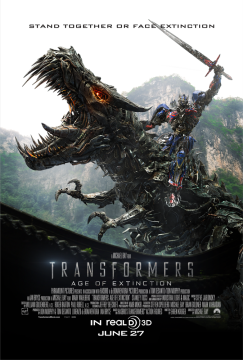