Tomorrowland not only cost a lot of money to make, but its box office performance up until now means financial suffers. Sources close to Disney have been telling The Hollywood Reporter that expected losses for the studio will be around $140 million. Expectations were high for Disney after putting $190 million into the production budget alone for Tomorrowland. Instead the film for Disney is now the third in four years to flop. I’m wondering if the studio has trouble marketing films that don’t have pre-existing fan bases.

See, films like Alice and Wonderland and Iron Man 3 have no problem grossing $1 billion dollars worldwide, while many others like it are profitable, because the fans are there. However, films like The Lone Ranger and John Carter have lost Disney a combined total of $390 million (according to Entertainment Weekly and CNN). Both of these films suffered from one or more of the following: poor reviews, poor marketing, poor word of mouth. 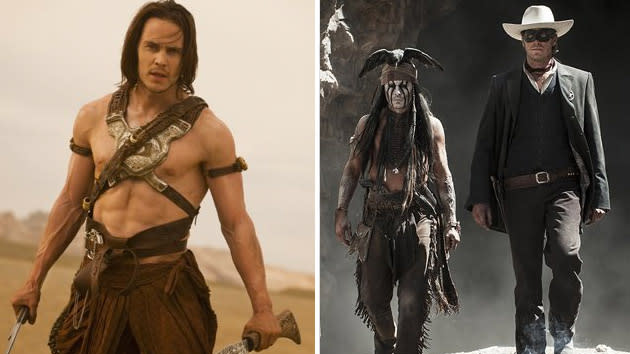 Its been proven that lesser known big budget blockbusters can have success, as proven by Mad Max: Fury Road. Contrary to popular belief, not as many people have watched the three films that have come before Fury Road, especially this generation. Tomorrowland and especially John Carter could have done better, if the marketing was better. Marketing is everything nowadays, whether its social media, viral videos, or teasers for teaser trailers (which I hate).

Its unknown how Tomorrowland‘s losses effect the future of planned projects for Disney, whether from original ideas or non existent fan bases. I choose to believe Tron 3 being cancelled was a direct reaction to this. The next big budget “unknown” blockbuster from Disney must have better marketing, and that means being smart. As for the studio’s financial status, lets remember they still have Ant-Man and Star Wars: The Force Awakens releasing this year. Disney will be absolutely fine.