A few weeks ago we got our first official look at Ridley Scott’s adaptation of Andy Weir’s best-selling novel The Martian. The images focused on Matt Damon’s character (as the film will) and teased us with its beauty. That continues in the first trailer that was released earlier this morning. A good chunk of the trailer does focus on the story of Damon’s character, which is exactly what most of the film will do. But it also establishes the outer story and introduces many (if not all) of the characters we’ll be seeing on what looks like an exciting and intense journey.

During a manned mission to Mars, Astronaut Mark Watney is presumed dead after a fierce storm and left behind by his crew. But Watney has survived and finds himself stranded and alone on the hostile planet. With only meager supplies, he must draw upon his ingenuity, wit and spirit to subsist and find a way to signal to Earth that he is alive. Millions of miles away, NASA and a team of international scientists work tirelessly to bring “the Martian” home, while his crewmates concurrently plot a daring, if not impossible, rescue mission. As these stories of incredible bravery unfold, the world comes together to root for Watney’s safe return. Based on a best-selling novel.

To start: “In your face, Neil Armstrong.”

This is a really, really good trailer. I really liked the beginning voice from Matt Damon and with those specific words, it was such a smart way to kick the trailer off. The from there are on out it’s fantastic, I was just so happily captivated by it. Not to mention that the cast is just insane, it’s one of the best casts I’ve ever seen lined up for a film like this, which only makes it look that much better.

I was really looking forward to this beforehand because I’m a total sci-fi nerd, it’s my weak spot. But the fact that (and this is just sounds strange) Ridley Scott is the one who took up this project has made me very cautious. That’s strange because of some of the amazing films he’s done, but his track record lately is a stink pile… Both The Counselor and Exodus: Gods and Kings were so shockingly disappointing that I can’t give him the benefit of the doubt anymore. Don’t get me wrong, the trailer is very promising, it looks like it’s directed really well (along with Scott’s signature of it just looking beautiful), and the cast gives me a big boost of confidence, but I wouldn’t be surprised if Scott continues his cold streak and gives us another disappointing outing on something that can be truly f-ing great. PLEASE DON’T DISAPPOINT. 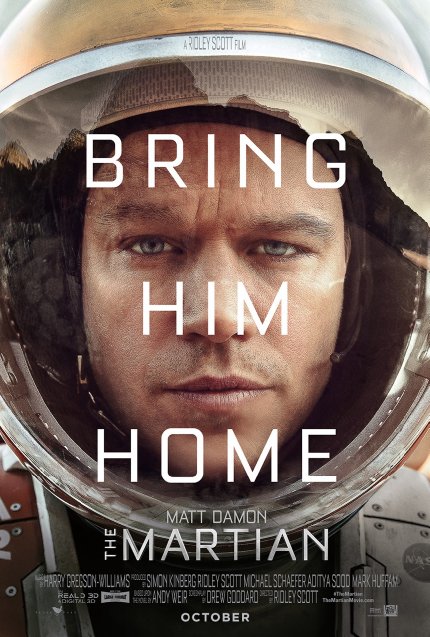