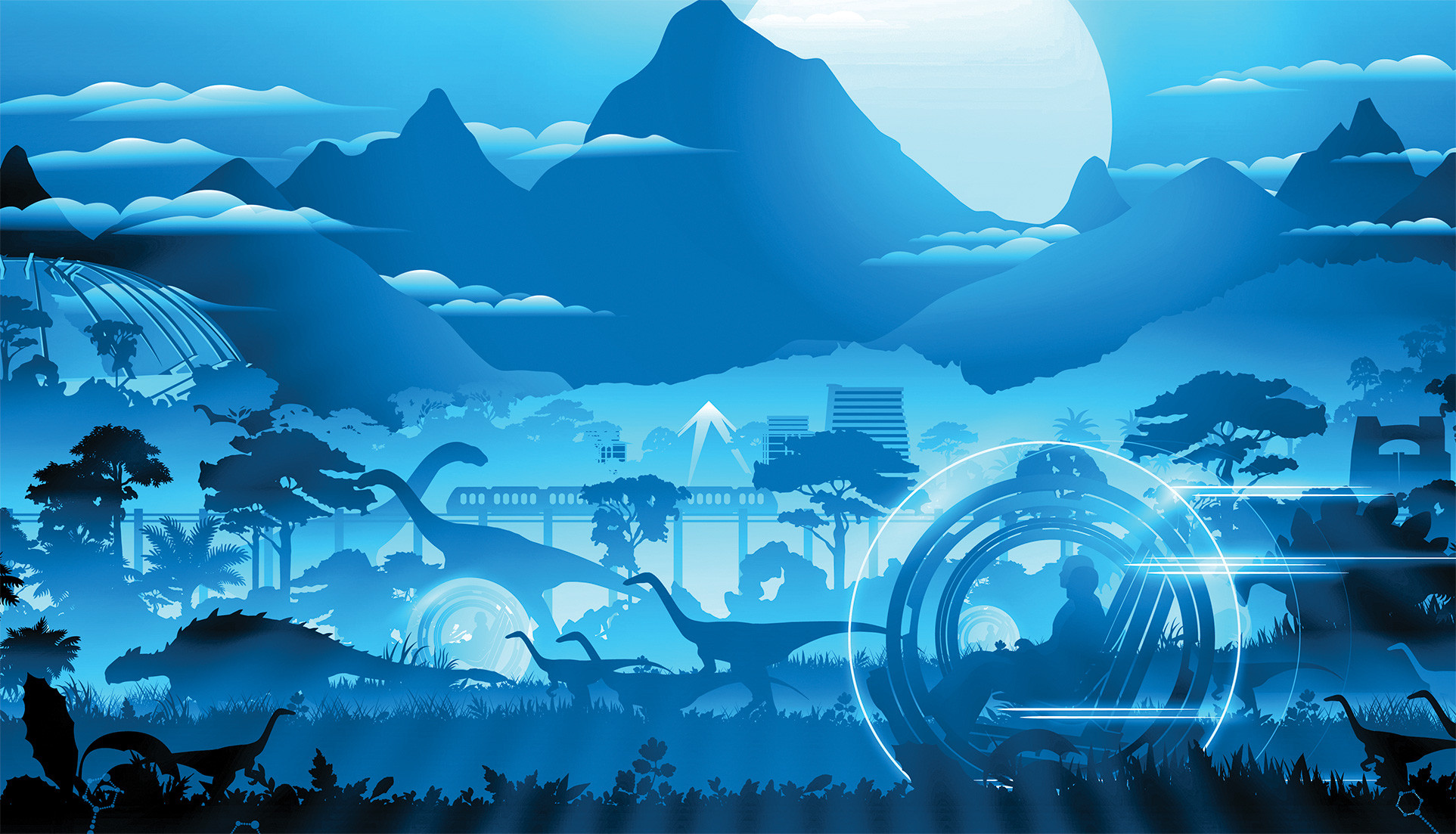 Jurassic World may seem like something we’ve seen before, and while the film will take us back into a world with dinosaurs, its whats behind the attraction that’ll be different. This latest entry in the Jurassic films will serve as a soft reboot, as in they want us to recognize the first film directed by Steven Spielberg while ignoring The Lost World and Jurassic Park III.

Since the disastrous events that took place, InGen was soon after acquired by Masrani Global. For 15 years they have maintained a secure environment that’s been incident free for visitors of Jurassic World, with armed human personnel (led by Vincent D’Onofrio’s character). As we’ve seen in the trailers, the park is modern and up to date. The film’s narrative (taking place in real time) allows for InGen to incorporate advancements in genetic engineering technology.

The viral video below highlights just that, and it heavily features B.D. Wong‘s character Dr. Wu (Jurassic Park), who is assumed to be the lead scientist. Obviously, things go very wrong at the park, however, this video establishes what InGen works towards and serves as a nice build up towards the film.

Below the video is additional information on the current state of InGen.

InGen is all about tomorrow’s technology, today. Ever since its founder Dr. John Parker Hammond dreamed up the idea to access prehistoric life from preserved DNA in fossilized amber, InGen’s headquarters in San Diego, CA have been busy at work collecting the world’s most comprehensive genomic library. Their work paved the way for the first prehistoric animal to be brought back to life in 1984 and since then have learned valuable lessons about control and environmental issues which have helped shape the company into what it is today.

The acquisition of InGen by Masrani in 1998 hasn’t changed the scientific focus placed on the company, and CEO Simon Masrani has looked to experienced geneticist Dr. Henry Wu to guide the company ever since – with results often exceeding expectations for investors. Thanks to Masrani, InGen has been reinvented and is bringing tomorrow’s science, today.