Last year’s Teenage Mutant Ninja Turtles may not have been the Turtles movie we wanted or the best rated movie, but it was surprisingly a really fun movie, a popcorn movie. Oh, and it made a butt load of money at the box-office, meaning that among movie-goers the word of mouth was actually positive.

So obviously that means a sequel is going to be put into development, and man was it. On top of those returning from the original, a number of new yet classic characters will be making their debut, one of those being the fan favorite Casey Jones. And who is bringing Casey Jones to the screen? None other than Arrow himself, Stephen Amell, who is a mega fan favorite.

With Turtles 2 starting production, we now have our first look at Amell in the role of Casey Jones. And although I don’t know much about Turtles world, Amell in the role and his look should bode well with die-hard fans. Check it out: 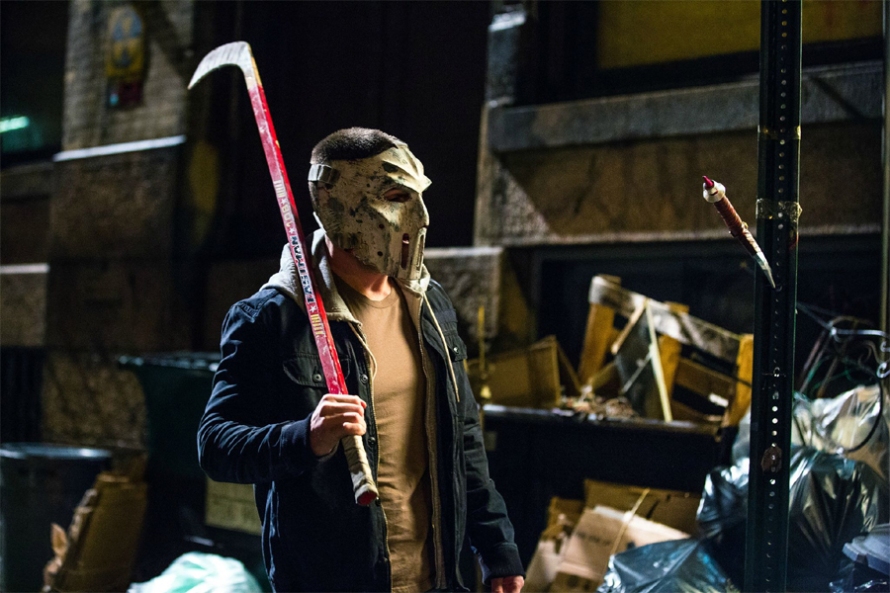 I’m really excited and happy that Stephen Amell has gotten his shot at a big time feature film character. For those of us who watch Arrow, we know what the guy is capable of on an acting and physical stand point. Not only that, but he’s one of the few actors of today who interacts with his fans on a daily basis, being a huge hit on Facebook and Twitter.

Some may be thinking that he doesn’t fit the look of Jones, but if you haven’t seen what he’s done in Arrow, let me just say that there couldn’t have been a better casting in my opinion. He already has the experience of being a vigilante and hero which I can’t wait to see, but I’m really looking forward to his interactions with the Turtles. From what I know, it’s the character connections he has with the Turtles that has made him a fan favorite, that and he’s just straight up awesome. As for the look, it seems to be just on point. The mask and hockey stick, classic Casey Jones. Is that Raphael’s weapon to the right?

What do you think of the look of Casey Jones? Are you excited to see Stephen Amell in the role? I will have more on Teenage Mutant Ninja Turtles 2 as its release nears.