The past week or so has been pretty big in the terms of first look images. Some big name projects have released their first images giving us insight into how it will look and feel. Included below is the new iteration of Mary Shelley’s classic tale, titled Victor Frankenstein starring James McAvoy and Daniel Radcliffe; as well as the remake of the Keanu Reeves led guilty pleasure classic, Point Break.

Over the years there have been many tellings of the classic tale of Frankenstein, in many different ways. A true and complete telling of the fascinating novel has always been wanted, with maybe only one or two hitting it on the head. But either way, that’s not going to stop this rich story from being told and hopefully now we’ll be getting a worthy one.

It’s been known about for some time, but now we have our first official look at the latest telling of this tale, this time titled Victor Frankenstein. This telling is told from the eyes of Igor, and is directed by Paul McGuigan starring James McAvoy as Victor von Frankenstein and Daniel Radcliffe as Igor.

Here’s an official synopsis, followed by the first official images:

James McAvoy is Victor Frankenstein and Daniel Radcliffe stars as Igor in a unique, never-before-seen twist on Mary Shelley’s classic 19th century novel. Told from Igor’s perspective, we see the troubled young assistant’s dark origins, his redemptive friendship with the young medical student Viktor Von Frankenstein, and become eyewitnesses to the emergence of how Frankenstein became the man ­- and the legend ­- we know today.

I’m really looking forward to this one, even though it’s slipped my mind for the last few months. McAvoy and Radcliffe are both names that easily get you interested, but I love the idea of telling it from Igor’s perspective. I really do hope it’s as dark and monstrous as I want it to be.

There is no doubt that the 1991 Point Break is a loved movie. Starring Keanu Reeves and Patrick Swayze, the action thriller didn’t get much love from critics, but it sure did from fans. An action/crime/thriller that still holds up today, is one of the many incredibly fun action movies of the early 90s. Usually, you wouldn’t really see a movie like this get a sequel or even a remake, but it’s loved enough by both fans and studio execs that it is.

The 2015 Point Break has a release date set for later this year and stars a butt load of young and veteran talent, much as the original did. And now we have our first look at the straight remake (not reboot), which stars Luke Bracey as Johnny Utah and Édgar Ramírez as Bodhi, the roles Reeves and Swayze made so famous. Check out the images below: 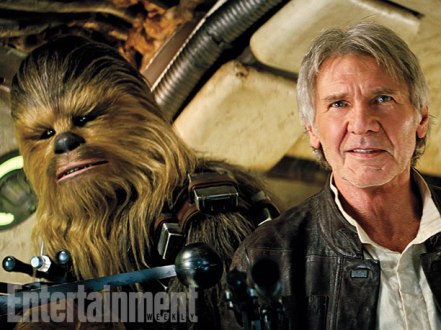 The image don’t show a whole lot, really just showing of the two leads. It’ll be interesting how exact this remake is and whether or not if follows the original step for step. One thing is for sure, surfing is involved and I couldn’t be happier. If it was some other extreme sport and not surfing, the title just wouldn’t work, obviously. Bracey and Ramírez aren’t names like Reeves or Swayze, but they weren’t really Reeves and Swayze back when the original was released. I can’t help but wonder, could the 2015 Point Break be a starting point for Bracey and Ramírez as the original was for Reeves and Swayze?