Captain America: Civil War begins filming next week, which means both Marvel and Sony gotta be closing in on their new Spider-Man.  Previous interviews with Marvel Producer, Kevin Feige reveal that this version of Spidey will be a teenage Peter Parker who is still in high school.

“We want to play with Spider-Man in the high school years because frankly there’ve been five Spider-Man films and the amazing thing about it is, even though there’ve been five Spider-Man films, there are so many things from the comics that haven’t been done yet. Not just characters or villains or supporting characters, but sides to his character. The most obvious being the ‘young, doesn’t quite fit in’ kid before his powers, and then the fella that puts on a mask and swings around and fights bad guys and doesn’t shut up, which is something we want to play with and we’re excited about.”

Which means those hoping (like myself) for Andrew Garfield to continue his run should let it go. Further confirming all this is a new shortlist of actors who are expected to test for the role very soon, and they are…

Nat Wolff (The Fault in Our Stars) 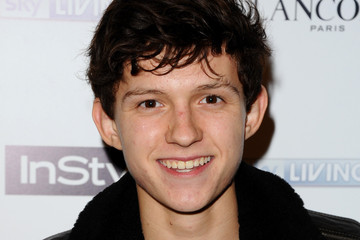 I must stress that none of these actors currently have scheduled testings with the studio, however they are all expected to. All of their ages range from 18-20 which is ideal considering this Spider-Man will be involved in the M.C.U for the next 10-15 years. I’ve only seen the work of 3 out of these 5 actors, but that’s irrelevant at the moment.

Marvel is looking for a new face of their Cinematic Universe once Robert Downey Jr. (50) retires from playing Tony Stark. Spider-Man/Peter Parker is expected to be that face which makes sense considering his popularity. This actor will also be the lead of a fresh slate of Spider-Man films starting in 2017 with Drew Goddard directing. That’s puts a lot of pressure on getting this casting right. Luckily for Sony, they’ve allowed Marvel to help lend a hand.

Expect an official casting announcement in the coming weeks.