Just a few weeks ago saw the first real news towards Tron hit, and it was about a Tron: Legacy sequel. Well it turns out that that news may have been a lot more credible and than first expected, with there now being more. Its always been expected that a sequel would come because of how the last one left us and how passionate director Joseph Kosinski is about it, oh and it made a damn good amount of money so why not? The latest scoop gives the threequel an official title, an date for it to start filming, and which Legacy members will be returning!

After the news dropped that Kosinski would be returning to direct the sequel, Production Weekly has now let it be known that the threequel will be titled Tron: Ascension. Ascension could literally mean anything, but I very much like that the are keeping with the single word subtitles. It isn’t a mouth full and is enough to really make you wonder what it could be. Along with that, PW released that Tron: Ascension is planning to film from October 2015 through February 2016.

Legacy only had a 67 day shoot, so Ascension is definitely upping the ante with its 5 month shoot. Now that could just be because of scheduling, but it seems like Ascension is going to be a much bigger movie. I could care less how long it takes to shoot, as long as it’s as cool and as visually beautiful as Legacy, and as long as Daft Punk comes back for some more awesome music.

But, that ain’t all! The Hollywood Reporter has just dropped the news that both Garret Hedlund and Olivia Wilde will be returning for the follow-up. If a sequel ever happened, it seemed obvious that Hedlund and Wilde would return as Sam Flynn and Quorra. The ending to Legacy left the two characters in the real world while also hinting that the Grid could actually expand into the real world. I am stoked following this news. Legacy is a big guilty pleasure of man, I had a ton of fun with it. And I always wanted more, so hearing that a sequel is coming with basically everyone returning (please get Cillian Murphy back), it couldn’t be off to a better start. 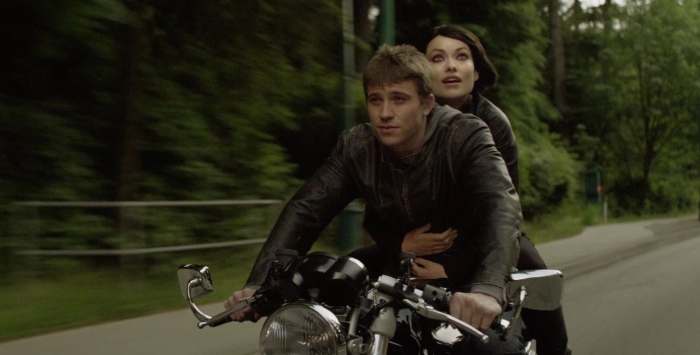 It’s unknown at this time how Ascension will continue Legacy‘s story, but Legacy was made with the intention to do a sequel. Those rumors have always pointed towards Cillian Murphy’s character Edward Dillinger Jr. for a significant role, which we all kind of expected following that great cameo in Legacy.

Tron: Legacy opened 28 years after the original Tron, making a solid $400 million at the box office. Those numbers show that this property can still bring in the classic fans, while also creating new ones. That’s why you should expect Ascension to be much bigger. There’s no doubt that fans were wanting more after Legacy, and with the sequel finally coming and with 5 months instead of just 67 days to shoot, Tron: Ascension could end up being a lot bigger than was anticipated.

To quench your thirst just a bit while we wait for Ascension, here’s a brand new released trailer for Tron: Legacy, in 4K!