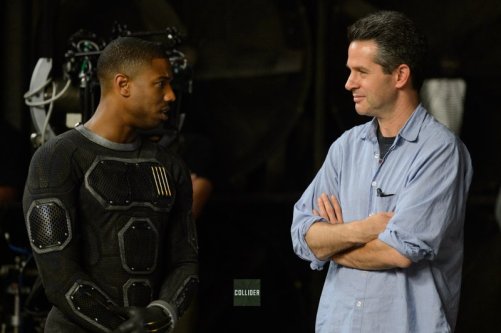 I was one of the few people who actually loved the casting choices for the upcoming reboot of Fantastic Four. Actually, I never really understood all the hate and unfair criticism that came from so many people. For a long time, all we had for this film was what was on paper, and everything on it makes for a great film. You have the Director of Chronicle in Josh Trank, the writer of X-Men: Days of Future Past in Simon Kimberg in charge of the script, then a cast consisting of Miles Teller (Whiplash), Michael. B Jordan (Fruitvale Station), Kate Mara (House of Cards), Jamie Bell (Snowpiercer), and Toby Kebbell  (Dawn of…Apes). If you ask me that’s one helluva assembly for a Fantastic Four film.

Finally, we had a trailer that so far looks to prove that Trank’s style of filming will translate well for this reboot. Granted its just a teaser, but it was a lot better than most expected. Yes, this film could suck badly (I am acknowledging that), but I’m going into this loving what they’ve done so far. For those who are skeptical about the casting, Fox released a featurette (via. Twitter) showing Kimberg and Trank explain the reasons behind their casting decisions and what they’ve envisioned for these characters.

(Once again Twitter was being stubborn with letting me post the original tweets, but luckily I found a video with all of them combined into one. Courtesy of Comic Book Resources Trailers channel).

Fantastic Four is set to release on August 7th, 2015