Well this is sad news (although expected) as Hugh Jackman will play the Wolverine character one more time. This comes straight from Jackman’s instagram account (@thehughjackman), which is about as legit as this news can get. While the news doesn’t clarify which film will be his last appearance as Wolverine, it is expected to be the next solo film (Wolverine 3).

While there is no confirmation that X-Men: Apocalypse (May 2016) will feature the character, I have to assume that Jackman will indeed make an appearance as Wolverine. The villain known as Apocalypse was featured in the after credits scene of Days of Future Past. He is by far the biggest and baddest villain to ever appear in the X-Men films, so how would Director Bryan Singer not include Jackman in such a large scale film. 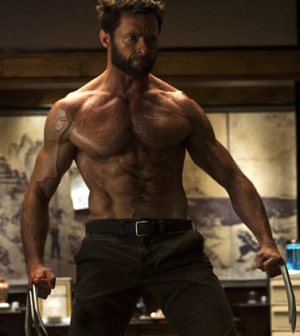 While this news was to be expected I was kind of thrown off by the announcement. Just recently, Jackman talked about playing Wolverine for as long as he could, as a result from watching Birdman. It was the best news for anyone wondering if he would retire from playing the character anytime soon. I certainly cannot blame him if he suddenly feels different. The amount of training and dieting require for a physique like what we’ve seen from him is SUPER intense! Furthermore, he has been playing the character for seven X-Men films in a span of over 15 years (including cameos), not to mention he’s currently 46 years old. Jackman has earned the right to choose when to end his reign.

If only 20th Century Fox could somehow find away for Hugh Jackman to appear in the Marvel Cinematic Universe as Wolverine before he hangs it up… If only.

UPDATE: James Mangold confirmed via Twitter that he will direct Jackman in his last go as Wolverine, saying he’s been “toiling quietly a while now”. (Collider)