Here Are Some of the Dinosaurs You Can See in ‘Jurassic World’ This Summer!

While we know that Jurassic World will try to bring back the magic set in the original Jurassic Park, it will also try to separate itself into a more modern setting. One way it’s doing that? Brand new monsters for us to look at, and be terrified of, while going through the gates of Jurassic World. Below you can see just some of the designs and descriptions of said dino’s.

The looks and descriptions come from the official Jurassic World website. Some may be familiar from past movies, but most we haven’t seen before, check them out:

Dimorphodon is one of our park’s pterosaurs, or flying reptiles. It evolved to soar through the Jurassic skies, with large eyes, quick jaws and sharp talons perfect for catching fish—or other prey. The Dimorphodon is a “snap-feeder”, with quick jaws suited to snatching fish and insects.

Edmontosaurus is a flat-headed duck-billed dinosaur. Once threatened by the T. rex, it loves hanging out in herds and munching on conifers and other vegetation. Edmontosaurus is one of the few dinosaurs that can chew, grinding veggies to pulp before swallowing.

The Suchomimus is known for the distinctive sail on its lower back and the huge, foot-long claws on each thumb that it uses to catch fish. Suchomimus gets its name from its distinctive crocodile-like snout. 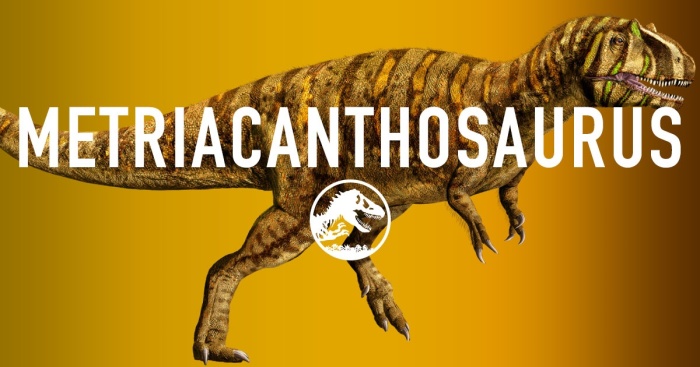 Microceratus may be the smallest dinosaurs in Jurassic World. They have short frills and beak-shaped mouths perfect for snapping off leaves and twigs. Microceratus used to be known as Microceratops but lost their name to a species of wasp.

The Pteranodon is our Jurassic World’s biggest pterosaur, or flying reptile. With a wider wingspan than any known bird, it’s primarily a fish eater, though Pteranodon is very aggressive. Pteranodon have three clawed fingers on each hand, and four clawed toes on each foot.

Paleontologists have called Ankylosaurus a “living tank”. It’s easy to see why. This herbivorous dinosaur is well protected with spiky armor from the fused bones of its skill down to the rounded club at the end of its tail.

Although I love the classic dinosaurs from the original, I love seeing new dino’s like these, adding many more variables out in Jurassic World. I’m already excited as all hell to see this movie, but now I’m definitely excited to see them in action. I’m sure most won’t be as terrorizing as others, but it’ll still be very cool to see these creatures come to life on screen. And now that we know that Chris Pratt’s character Owen has his own pack of Raptors on his side, it’ll be interesting to see if any other dino’s will be, too.