Kristen Wiig is for sure one of the great comedians on today. She has proven herself time and time again, and even though she’s been dipping her fingers in dramatic roles lately, there’s no way she’ll ever be able to give up her SNL roots. While her new movie, Welcome to Me, is a comedy, it’s a different kind of comedy. See the first trailer and poster below.

A year in the life of Alice Klieg, a woman with Borderline Personality Disorder who wins Mega-millions, quits her meds and buys her own talk show.

I wasn’t super into this trailer like I was hoping to be, but that doesn’t mean I don’t want to see it. The fact that Adam McKay and Will Ferrell produced it and that it’s a film festival movie, I know it will be something worth watching; plus, look at that cast line-up! And with Wiig getting better with each performance, I’m excited to see her tackle something like personality disorder.

Here’s the latest poster as well: 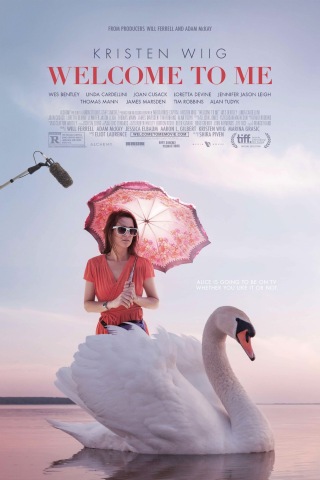