Ryan Reynolds Teases Us with Deadpool Costume-Piece Photo on Twitter 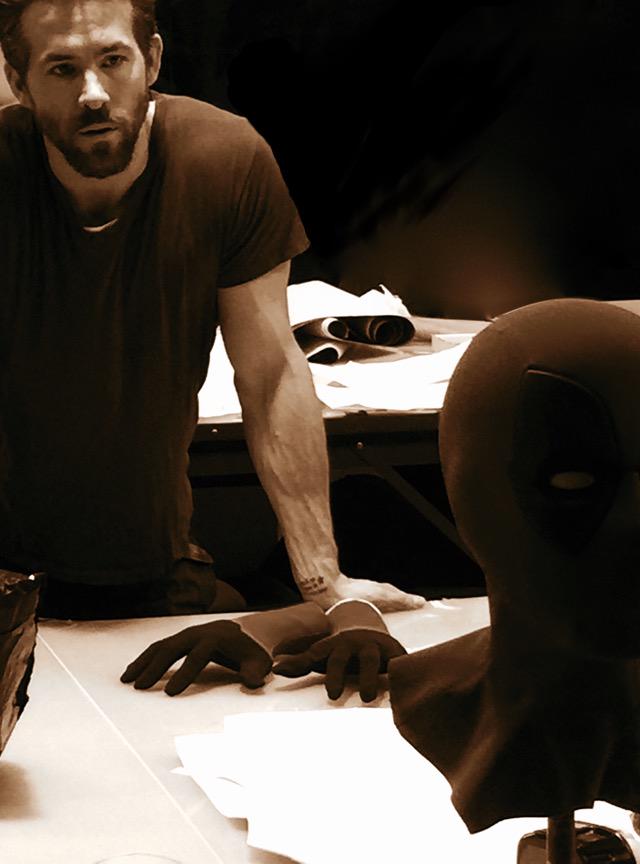 Ryan Reynolds posted this picture on his twitter account  (@VancityReynolds) this morning, exactly a year from when the movie comes out. Since we don’t know much about the movie other than him starring in it, it is really cool to get this pic from Reynolds himself. There’s not much to say about it other than it looks exactly how it should and it shows we won’t be getting a costume-less Deadpool like in X-Men Origins: Wolverine which is good because this upcoming Deadpool film wants to separate itself from Origins as much as possible. I never read the Deadpool comics but I am a fan of Ryan Reynolds and enjoyed his take on the character in the beginning of Origins so I am extremely excited for this movie, especially since I am a huge X-Men fanatic. Including Deadpool  we will be getting three X-Men universe films along X-Men: Apocalypse on May 27, 2016 and Gambit on October 7, 2016. Deadpool will be released on February 12, 2016, exactly a year from now.

What do you think of this picture, does it get you excited for the Deadpool movie? Let us know in the comment section.