Morena Baccarin, Taylor Schilling & Others Up for 'Deadpool' Female Lead

Other than Batman V Superman and the everyday Marvel news, the announcement of an official Deadpool feature from Fox is no doubt one of the biggest pieces of superhero news in the last two years. The character is a fan favorite and a movie has been wanted for a very, very long time now (especially after that disaster in X-Men Origins). With an official release date and the production moving along, expect to see more news on Deadpool now that we’re less than a year away from it. First up, the short-list for the female lead, a short-list with some really good names on it.

Deadline, among others, has reported that Morena Baccarin (Homeland), Taylor Schilling (Orange is the New Black), Crystal Reed (Teen Wolf), Jessica De Gouw (Arrow), Rebecca Rittenhouse (The Red Band Society), and Sarah Greene (Vikings) are all currently testing and in the running for the female lead. 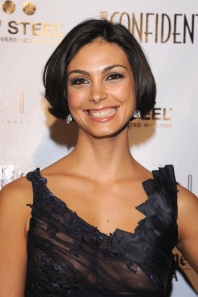 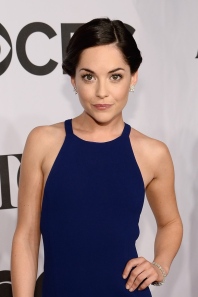 I for one love the line-up of ladies Fox and director Tim Miller are pursuing for the lead female role. As one who isn’t familiar with Deadpool’s history, I don’t really have any idea who the female lead role could be. But it’s got to be something really good (and hopefully not a one and done) if the role will be leading alongside Ryan Reynolds’ merc with a mouth.

Personally, if I had any say, my pick for sure goes to Taylor Schilling. Nothing against the other’s at all, but there’s just something about Schilling that I love. She hasn’t been in many features, but she’s always been really good. Like Orange is the New Black, where she just crushes it and is a big part why that show is so successful. She’s one I’ve been hoping would get her chance on the big screen for some time now and this could very well be it. From the type of character she plays on Orange, I can easily see why Schilling could be so attractive for a role that will counter with Reynolds’ Wade Wilson.

But if not Schilling, then who? Well quite honestly, any of these women would be great lands. Jessica De Gouw has already shown her action/superhero prowess as the Huntress on Arrow. She brought something to the screen with her character then becoming loved by fans. She would be a great fit, definitely if the role requires some action. The same goes for Crystal Reed, while not as much as action, she showed her young talent and promising ability on Teen Wolf as almost a Huntress-esque character.

Tim Miller landing any of these names is a win. I’m very much looking forward to seeing who is nabbed for the role, as well as learning what the role is! As i said above, I don’t know a whole lot of history on Deadpool, but it’s hard to believe that a female lead character in Deadpool wouldn’t be some kind of superhero, I just don’t see Deadpool having a Mary Jane Watson type character on the side.

Nothing has been confirmed or denied by Fox or anyone involved with Deadpool, but usually when we get some news like this, official stuff soon follows. Until that happens, which actress from above would you like to see opposite Ryan Reynolds?