This is Rapid Fire Movie News, where we give small updates on some upcoming movies, plus our reactions. Today we have the infamous M. Night Shyamalan give updates on his latest project and talks Unbreakable 2, Jason Mamoa expresses what it means to be Aquaman, and Star Wars Epsiode 8 & 9 get release dates, sort of. 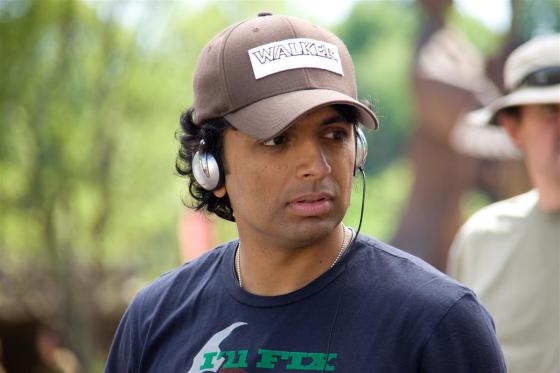 That was a risk that I was willing to take. I tried to stay on top of why The Visit was an amazing movie to make, and why someone would want it in the system.  Its best shot at being the best version of itself was to make it small.  If I was a basketball player, it would be like me going and playing street ball.  I just wanted to go back to feeling a love for the sport.  I love making movies and I wanted to get back there. When I wrote it, I said, “Universal is the right place to release this movie.”  They said, “Show it to me when it’s done.”  I showed them when it was done, and they bought it.

When asked about Unbreakable 2

At the time, it was completely novel.  I remember when I made it, Disney was literally like, “Comic books?!  There’s no market for comic books!”  That’s all they make now!  It was a hilarious conversation.  I remember it.  I was like, “Maybe you’re right.  Maybe nobody will come see comic book movies.”  They were like, “Those are people in little conventions who like comic books.”  And I was like, “But, I like comic books!” The beauty of the world of Unbreakable is that you’re playing it for reality.  It should never feel like a comic book movie.  It feels like a straight-up drama.  It’s real.  You’re confronting the possibility that comic book characters were based on people that were real.  That’s the premise, so the tone has to be super grounded.  It would be cool.

For anyone who misses the old M. Night Shyamalan, this is very encouraging news. When talented people reach their peak and then begin to decline while still possessing so much potential, sometimes going back to your roots can be a great thing for your psyche. That alone has me curious enough to check out The Visit. As for an Unbreakable 2, I’m very much opening to revisiting that world. As long as the story is right, and Shyamalan doesn’t try doing too much this next time around. I still believe he is a very talented filmmaker.

I’ve had to bust ass to be in this industry. A lot of things are very black and white,” he says. “Aquaman is especially cool because being a Kanaka Maoli—being Hawaiian—our Gods are Kanaloa and Maui, and the Earth is 71 percent water, so I get to represent that. And I’m someone who gets to represent all the islanders, not some blond-haired superhero. It’s cool that there’s a brown-skinned superhero.

As a proud Pacific Islander with roots going back to Guam, I love Mamoa’s comments. I thought Warner Bros and company got the casting of Aquaman right. I’m very excited in seeing a fellow islander on the big screen and in the comic book genre. Get ready for Mamoa to bring his intensity to a comic book character who has long been mocked.

As one of the few people allowed to visit the set during filming….and one of the fewer who’s seen most of the footage…I can assure the millions of Star Wars fans who have spent the last decade hoping for a new movie this one will be worth the wait. And it’s only the beginning of a new era of exceptional Star Wars storytelling; next year we’ll release our first standalone movie based on these characters, followed by Star Wars: Episode VIII in 2017, and we’ll finish this trilogy with Episode IX in 2019.

Well this isn’t exactly breaking news, as we’ve known for awhile that Disney would produce a Star Wars film for the new trilogy every other year and solo films in the years in between. I find that Iger’s words are supported by what we seen in the teaser trailer so far. Other than that, more Star Wars is hardly ever a bad thing.

The Visit has an unspecified release date in 2015

Batman V Superman: Dawn of Justice will release on March 25, 2016