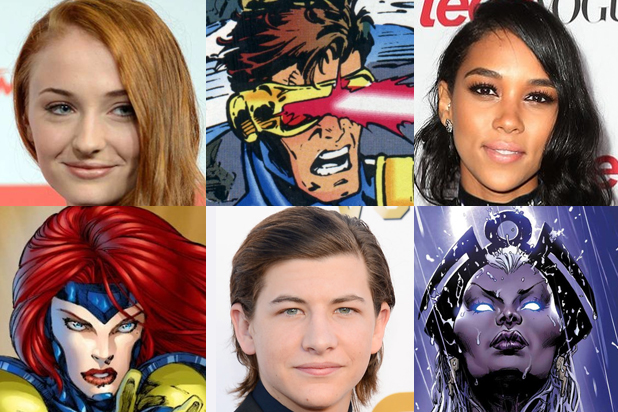 Photo Source: The Wrap via schmoesknow.com

X1, X2, and X-Men: Days of Future Past director Bryan Singer took to his twitter account to announce that Fox has found their young Cyclops, Jean Grey, and Storm. With the events in DOFP (minor spoilers ahead) the X-Men timeline has been reset and we will see the story pick up ten years later in the 1980’s. That will enable the story line to introduce three essential characters to the original X-Men which will indeed be Cyclops, Jean Grey, and Storm; formally played by James Marsden, Famke Janssen, and Halle Berry in the previous films.

Taking over the respective roles are Tye Sheridan (Mud) as Scott Summers aka Cyclops, Sophie Turner (Game of Thrones) as Jean Grey and Alexandra Shipp (who at this point is a complete unknown but that doesn’t mean she isn’t talented) as Ororo Munroe aka Storm. I’m very familiar with Sophie Turner as I’m a fan of Game of Thrones and I think she will do an excellent job as Jean Grey. I haven’t seen Mud but I’ve always wanted to and now that Tye Sheridan will be playing Scott, I plan on checking it out soon and I’ve heard he holds his own opposite Matthew McConaughey in the film. And like I said, Alexandra Shipp is completely unknown to myself and probably most people out there but Bryan Singer and Fox wouldn’t just throw some random actress in a role as important as Storm, so therefor she must be talented.

How do you all feel about these castings? Are you ready to let go of the original X-Men cast? Let us know in the comment section.