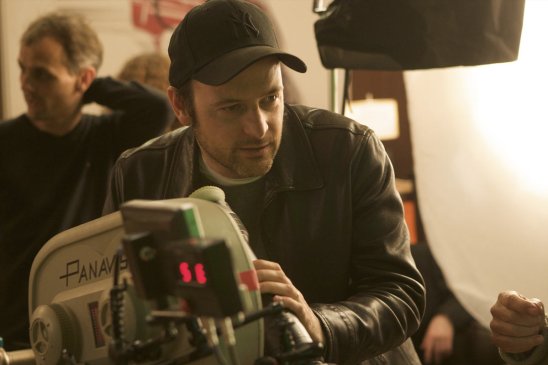 If there’s one thing that Writer/Director Matthew Vaughn knows, its how to make a good comic book film. He put life back into the X-Men franchise with First Class, and made violence the most fun I’ve had in awhile with Kick-Ass. While his next upcoming comic book film Kingsman: The Secret Service raised some concerns with its release date change from Summer 2014 to February 2015, early reviews on the film are positive.

Flickering Myth (movie site) was able to get Vaughn to express his thoughts on the Josh Trank directed Fantastic Four reboot. As you may know, the film has been getting an enormous amount of criticism before we’ve even seen anything. Here’s what Vaughn had to say on the reboot film of Marvel’s First Family.

“I’ve seen the movie, it’s good… I thought Chronicle was a fantastic movie and [Josh] Trank has gone off and done his version of Fantastic Four. If you like Chronicle, then you’ll like this… We’re all backing Josh Trank’s vision… And hopefully the world will like Josh Trank’s vision.”

You can take that as a good sign coming from someone like Matthew Vaughn. There have been reports in the past of Fantastic Four getting the found footage treatment throughout parts of the film. Vaughn’s comparison of FF4 to Chronicle further supports those reports. That’s not to say the entire film will be shot found footage style, but if there’s anyone who can do it well, its Josh Trank.

THE FANTASTIC FOUR, a contemporary re-imagining of Marvel’s original and longest-running superhero team, centers on four young outsiders who teleport to an alternate and dangerous universe, which alters their physical form in shocking ways. Their lives irrevocably upended, the team must learn to harness their daunting new abilities and work together to save Earth from a former friend turned enemy.

Fantastic Four is rumored to have its debut trailer attached to Kingsman: The Secret Service. Lets hope that’s true so we can finally have our first official look.