These Actors & Actresses Are Said to Be Up for 3 Major Roles in 'X-Men: Apocalypse'

When X-Men: Days of Future Past hit last summer, nobody was expecting it to be the huge hit that it was. And since it was, Fox fast-tracked a sequel focusing on a huge X-Men storyline, Apocalypse. Since it is a sequel, we will see the young cast from First Class and DOFP return, but they will be accompanied by a new generation of X-Men (really a familiar one). With production starting soon for a 2016 release, find out which young talents are testing for the roles of Cyclops, Jean Grey, and Storm.

There were rumors floating around a while back about possible choices for each role, but overtime those names have passed on. Now, according to Latino Review, three of the most beloved X-Men characters are being tested for right now. Along with it, LR attached the names Fox and Bryan Singer are testing for Cyclops, Jean Grey, and Storm.

The following names are all contenders to join the cast of X-Men: Apocalypse, and more than likely be the future of the X-Men franchise.

The three names attached to the role of Scott Summers a.k.a. Cyclops are Taron Egerton (Kingsman: The Secret Service), Jamie Blackley (If I Stay), and Tye Sheridan (The Forger). Another site has said they’ve heard that Sheridan is the front runner for the role, but quite honestly I wouldn’t sleep on either of the other names at all.

As of now, only two names are attached to the part of Jean Grey a.k.a. Phoenix, two big ones. They may not be as big as the previous rumored in Chloe Grace Moretz or Hailee Steinfeld, but these are two very talented actresses. Sophie Turner (Game of Thrones) and Saoirse Ronan (The Grand Budapest Hotel) are both said to be testing for the role.

There’s no doubt that both would be great at the role, but my pick is Sophie Turner. I’m a Game of Thrones fanatic and have just loved the arc her character Sansa has taken – this could be the very role for her to show off her true talent. As for Ronan, people have been jumping on her bandwagon for a while now. And that little action role she did in Hanna will only help her cause. 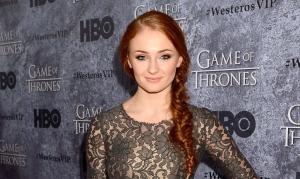 The names attached to Ororo Munroe a.k.a. Storm are the lesser known out of the bunch, with Alexandra Shipp and  Zendaya Coleman said to be up for the role. I’ll admit, I never actually knew who these actresses were until I heard this news, but everything I’ve heard/read has been on the positive side. Plus, over the past few years when unknown actors/actresses are casted, it has usually worked out better than expected.

These are all really good young talents, and I would be cool with whoever is casted. And at least for two names, the question now becomes whether or not Kingsman can make Taron Egerton a ‘big enough’ name for Fox to nab and whether or not Games of Thrones is to much of a workload for Sophie Turner to get away from. I’ve heard nothing but good things about Egerton in Kingsman, and I’m sure there’s no way Turner could turned down a role like this.

Apocalypse is set to start shooting this spring, so I’d expect some casting announcements soon. As of now, Oscar Isaac (as Apocalypse) is the only new name to be cast. Channing Tatum has been cast as the character Gambit, but for the solo movie. Although he is expected to appear (as is Ryan Reynolds as Deadpool), it’s just a rumor at this point.