It looks like Fox isn’t wasting anytime capitalizing on the blockbuster success of X-Men: Days of Future Past and Dawn of the Planet of the Apes by announcing release dates of more Comic Book films and sequels to other highly anticipated films. X-Men: DOFP did exactly what the studio hoped it would do. The film picked up on the momentum of 2011’s First Class, and became Fox’s best Comic Book film since 2002’s X2: X-Men United, and most successful ever. It also erased all the poor films in between which made the franchise a mess. Now everyone is looking forward to what’s next for the X-Men universe.

Then there’s Dawn of the Planet of the Apes which everyone had high hopes after a well done first film. The filmmakers wanted to focus more on the apes, and I really felt that paid off. Huge credit to that goes to the performances from Andy Serkis and Toby Kebbell. Now Fox has announced the following release dates to follow up films, spin-off films, and new long awaited projects giving us an updated look into what’s to come.

Couple things stand out to me when looking at this slate of future projects. The set date for Fantastic Four 2 is a move that says Fox loves what they see (probably from an early cut of the film) and has enough confidence moving forward. Though we haven’t seen anything yet from this film, I am holding out hope that this will be the surprise hit of Summer 2015. I have defended this film many times for its unfair criticism, and believe in its cast (Miles Teller, Michael B. Jordan, Kate Mara, Jamie Bell, Toby Kebbell), its director and screenwriter (Josh Trank and Simon Kimberg). 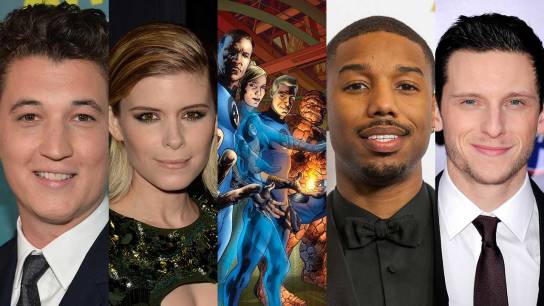 Having three X-Men films in 2016 should be an interesting experiment the studio. Each film certainly has its own reasons for you to be excited, or at the least curious. Ryan Reynolds stole every scene he was in as Deadpool in X-Men Origins: Wolverine (not including the final scene). Now he gets a solo film around Valentine’s Day, and if its anything like what we saw in the short film, it will be unlike any Comic Book movie ever done. Don’t worry if you end up watching this on V-Day ladies, it still has Ryan Reynolds in it.

I’m very encouraged at the casting of Channing Tatum as Gambit. I believe he has improved as an actor in recent years. He has also demonstrated a clear understanding of the Gambit character in his interviews, and has shown commitment in getting down the right accent for the role. I expect to see him and Reynolds as their characters in limited roles in X-Men: Apocalypse.

Looks like Fox has their sights set on achieving the same success Marvel Studios has. Which film are YOU looking most forward to?