With every trailer poster, and image, Mad Max: Fury Road has been picking up MAJOR steam heading into this year. So much that it’s been moved into many fans top five most anticipated for this year, ranking in on number four on my list. With two trailers out already, I want to see no more footage of the movie, I want it all for the theater. With that said, a new set of images have been released and even though I tried to hold back, I just couldn’t. Take a look at these awesomely badass images for Fury Road.

In the images below, you can see Tom Hardy as Mad Max, Charlize Theron as Imperator Furiosa, Nicholas Hoult as Nux, Nathan Jones as Rictus Erectus, and others. 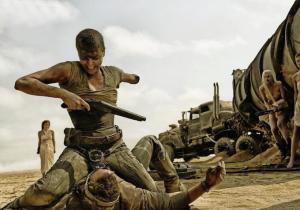 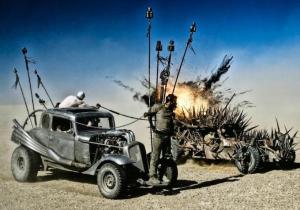 Like I said above, I can not wait for this movie. It looks like classic Mad Max in every way, shape, and form. Tom Hardy looks AWESOME as Max, Charlize Theron looks totally badass, and all the footage we’ve seen looks amazing. May can’t come any faster!