Below you can see a new image released for Everest, directed by Baltasar Kormakur. Kormakur’s previous work include Contraband and 2 Guns, this time he heads to the top of the world to tell a story based off true events that happened back in 1996. Everest focuses on a group of climbers and their Mt. Everest expedition that gets devastated by a severe snow storm, here’s the first image.

Starring alongside Jake Gyllenhaal you will see Josh Brolin, Jason Clarke, Keira Knightley Robin Wright, and Sam Worthington – among others.

Here’s the previous (and only other) image featuring Jason Clarke: 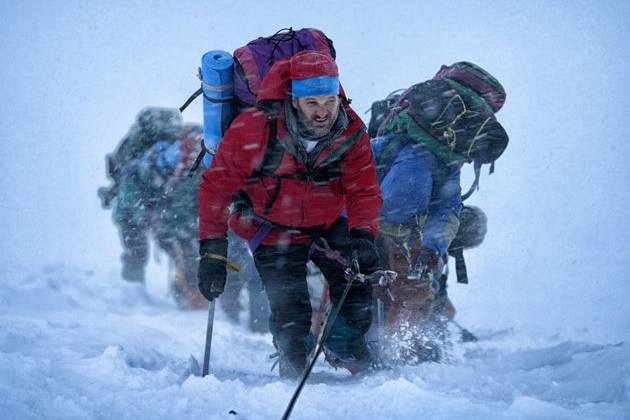 I’m personally really, really looking forward to this one. It’s a different and unique movie, something that deserves to be told. And that cast? Holy hell, it’s outstanding all the way down the list. It just sucks that I have to wait over nine months for it!