There are only a handful of Director’s today that we look forward to each and every single one of their projects, one of those is Guillermo del Toro. Pretty much known for taking obscure and out of the ordinary properties, and turning them into awesomeness. His last movie, Pacific Rim, was that kind of awesomeness I was talking about. His next project titled Crimson Peak, is a return to the gothic house horror films, and with as talented as a cast that del Toro has, this can certainly be the biggest major studio horror film in some time.

The movie stars Charlie Hunnam, Jessica Chastain, Tom Hiddleston, and Mia Wasikowska – damn good cast huh? Below you can see the first official image from the movie featuring Jessica Chastain. Just from the image you can feel the creepiness and old school horror that this movie will project. As a horror fan, I’m extremely looking forward to this one. 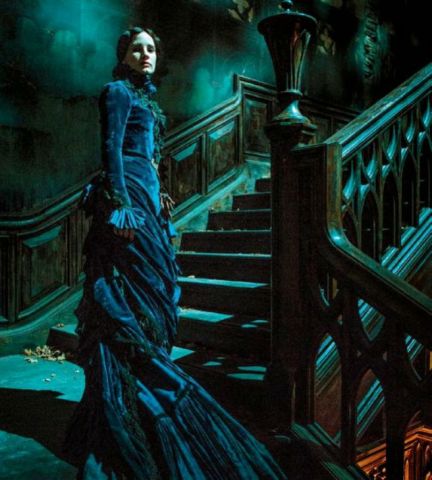 In the aftermath of a family tragedy, an aspiring author is torn between love for her childhood friend and the temptation of a mysterious outsider. Trying to escape the ghosts of her past, she is swept away to a house that breathes, bleeds…and remembers.