Yesterday saw the release of the first official full-length trailer for Terminator: Genisys, the latest in the very popular franchise. Although many were dissecting it like crazy and saying it came up just a bit short, I for one really enjoyed it and think it looks like it’s exactly what this franchise needs. It took great elements from the original and T2, while still keeping its own feel. Now that you’ve seen it in motion, take a closer look with frame by frame screenshots below, as well as the first teaser poster featuring Emilia Clarke as Sarah Connor.

Taking a look at these screenshots might help you understand and feel better about what the trailer has to offer:

Thanks to /Film, check out this awesome scene which is almost identical to the original, The Terminator. Like he says, it’s pretty cool to see Alan Taylor reshooting scenes like the one below to be exact, it shows us as viewers and fans that he is taking great inspiration from the original, trying to create that type of world once again.

This scene is much more deserving, as others below are as well, of an animation. This on revealing Sarah Connor (Emilia Clarke) behind the wheel.

This one is much more cooler as an animation, as it’s revealed that the cop is a T-1000.

Arnold just flew into a choppa!

If you want to check out a really good review of the trailer, what they call ‘Let’s Over Analyze’ – click here to read the thoughts and ideas of /Film, it’s worth it.

Just slowly scrolling through these images gets me pumped for what this movie can be. There’s some really cool and really promising things in a bunch of these images, hopefully they pan out like we are all hoping!

Can’t forget the first official teaser poster, check it out: 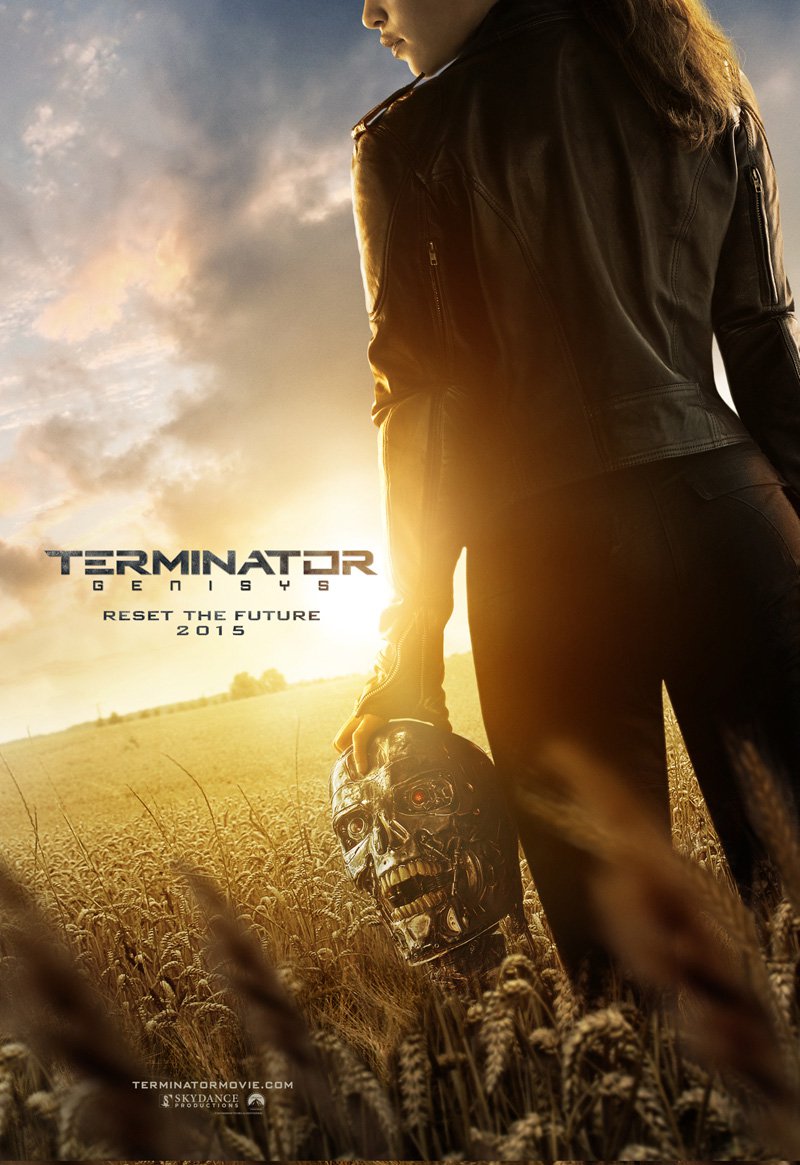