There’s no doubt that fans and amateur/professional paparazzi are looking over Zack Snyder and his crew’s shoulders as the finish production on Batman V Superman: Dawn of Justice. So far the stuff that has come out, without spoiling anything, have revealed new characters, Snyder’s version of famous Batman scenes, and moments that possibly show Superman protests. The latest photos stick to the Batman category, as they highlight one of the most important locations in Bats history.

These days it’s extremely difficult to stay in the dark about any movie that is being filmed or prepped to release. There are spoilers everywhere – from fans taking photos and videos to insider information to professionals breaking down clips and trailers frame by frame, leading to more information. What I’m getting at is if you don’t want to be spoiled and walk into Batman V Superman knowing nothing, then I’d recommend stopping here.

Batman News posted the photos earlier this morning, with some information as well (you can see them below). The report also says that there was a set of vintage cars and a hearse on scene, leading us to believe that this will most likely be a flashback of Bruce Wayne attending his parents funeral. It could also be a present day scene, with Wayne visiting or consulting his parents, as he has done is so many other Batman stories before. 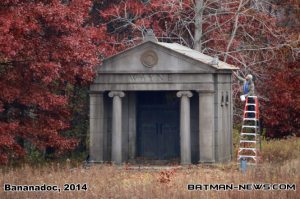 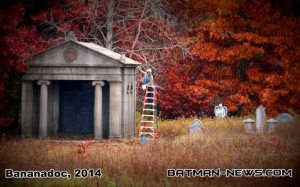 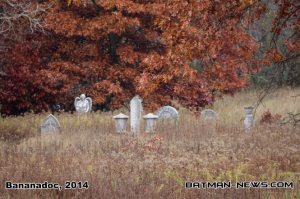 Now the question becomes how does this fit into the bigger picture? The take away from a lot of people might be the stories balance, could this be a more Batman heavy story rather than Supes? Can it be considered a true follow-up to Man of Steel? Or with Wonder Woman, Aquaman, and money other JL and DC characters making appearances, is this a prologue to the Justice League movie?