Inside Out trailer – Pixar reminds us all who they are

To many people Toy Story 3 is considered to be Pixar’s last great hit. While the films that followed (Brave, Monsters University, and I guess Cars 2) are certainly good animation films on their own terms; Pixar has yet to once again deliver that huge hit like they did so often in the mid 00’s. While Pixar seemed to be going on a downward trend other studios have stepped their game up with films like Despicable Me (2), How to Train You Dragon (2), and The Lego Movie. Well it seems the Disney owned studio has answered the call, and delivered a well put together teaser trailer for Inside Out. 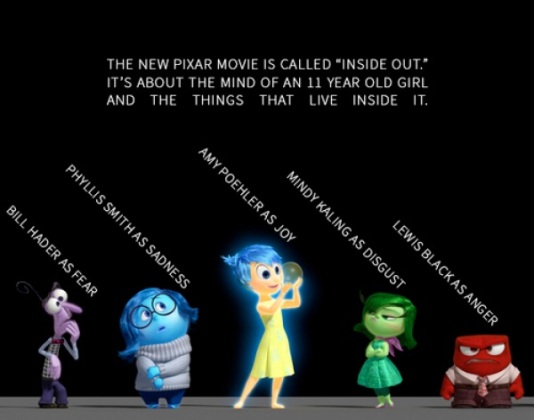 The teaser trailer gives us an introduction into this new Pixar created world, which is all that is needed for a teaser trailer when considering the Pixar brand name still being strong. As more trailers come along, we’ll begin to learn more about these characters.

Inside Out opens in theaters on June 19, 2015. What do you think of the trailer Movie Talkers? Pixar back on top?

Tagged as: Inside Out, Pixar, Toy Story