It has been long speculated that a Deadpool movie would happen due to the characters popularity and the demand from fans after the abomination in ‘X-Men Origins: Wolverine’. Ryan Reynolds has also been attached to return to the role if they ever got the ball rolling and according to several sources there is indeed a Deadpool movie on the way on February 12 of 2016.

This news tell us that Deadpool (who is an X-Men character) is coming out just months before X-Men: Apocalypse which hits theaters on May,18 2016.  This raises the question as to whether we will see Deadpool in Apocalypse or if they are going to hold off on bringing the character into other X-Men universe films.  I have no doubt that this Deadpool movie will take place in the same universe as the current X-Men universe and if they wait to actually crossover the character then that is fine with me.

I would prefer Ryan Reynolds to return, mostly because he deserves another chance after the Origins mess but also he is amazing as Deadpool (as we saw in the beginning of Origins) and they could make a whole movie of him being great in the role.  Those of you who remember the leaked CGI test footage of Deadpool featuring Reynolds’ voice will know that he is perfect for the role and they would be wrong to not get him to return.

And with the timeline reset after Days of Future Past they can really do anything they want with the character and completely forget about the incarnation from Origins. 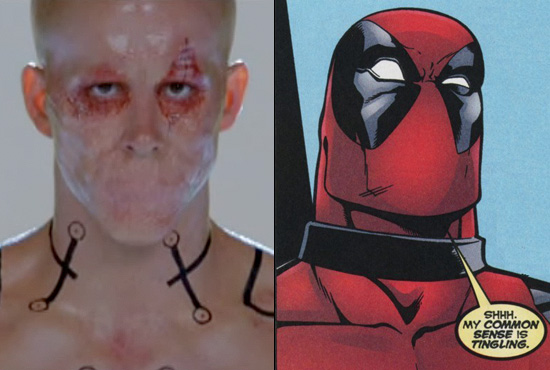 Regardless of where they go with this whole thing, I am just glad to hear they are moving forward with the movie.  It has not been confirmed that Reynolds will return but it is the most likely scenario. What do you guys think? Would you like to see a Deadpool movie with Ryan Reynolds returning? Express your thoughts in the comment section.  And don’t forget to follow us on twitter @movietalkex and here on wordpress at movietalkexpress.wordpress.com