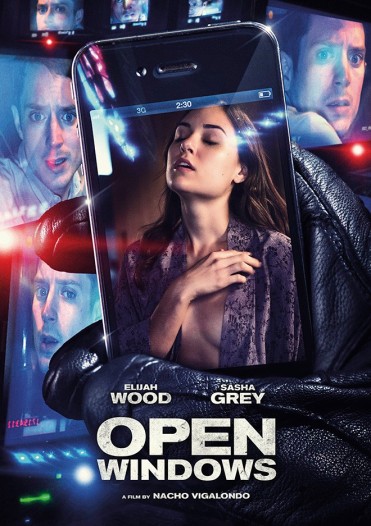 In Open Windows, Nick (Elijah Wood) is excited to discover that he’s won a dinner date with his favorite actress, Jill Goddard (Sasha Grey). But when Jill refuses to honor the contest, her manager Chord (Neil Maskell) makes an offer he can’t refuse, the ability to view Jill secretly via computer. Nick begins watching the unknowing star on her webcam, not realizing that this decision will put both himself and Jill at risk as they enter a terrifying world of cat-and-mouse where nothing-and no one-are as they seem.

The plot of this film sounds like an interesting dark thriller, one that’s heavily involves the internet. A common fear in the real world is strangers being able to watch us from our very own electronic devices that have cameras (web cams, tablets, etc). So right there is an audience for this movie. 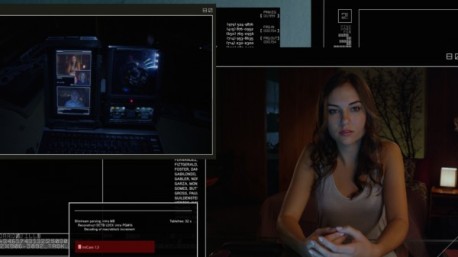 The trailer shows off the decision from Director Nacho Vigalondo to not use conventional cameras, but instead web-cams for the film. You can see windows open, close and minimize throughout the trailer, which looks neat. Only when watching the movie will I tell if it’ll become too much of a distraction. For those who aren’t so much sold on this film, there is good news. Open Windows will be available on Video On Demand and Digital Download on October 7th, 2014. A limited theatrical release is schedules on November 7th, 2014.