Production for one of the biggest movies in the foreseeable future has been well under way for some time now. Batman V Superman isn’t do out until 2016, but with filming getting into the juicy parts of the movie, there are now a ton of set photos and videos being released online from bystanders. In particular involving a certain scene with a certain billionaire looking to be saving lives, but not in his cape and cowl.

Below are a ton of photos and set videos from the set of Dawn of Justice. We get a really good shot of Ben Affleck and what the ‘grizzled and seasoned’ Bruce Wayne/Batman will look like in the DC Universe. We also get a look at Batfleck and his stunt double in action during filming, as well Zack Snyder, a rubbled Metropolis, and a car chase scene.

For this specific scene, there are two rumors floating around. The first is that this could be a possible opening scene for the movie (Snyder also opened in a big way in Man of Steel with the Krypton scene). It’s speculated that we could see a fight between Superman and a well known foe in Metropolis as Bruce Wayne is doing business there. In one of the videos we can see people being filmed as they look up, Superman flyby? As we see in videos, if this turns out to be true we see Wayne helping pedestrians throughout the city as well as getting in a car chase (can’t wait to see why that happens?) as the battle rages on.

The second rumor is that this scene could be a flashback to the battle between Superman and Zod that took place in Metropolis in Man of Steel. Now, the car chase scene wouldn’t make sense in this particular scene, but everything else fits. As buildings topple and the fight goes to the sky between the two Kryptonians, Bruce Wayne uses his Bat instinct to help everyone he can. This could also fit well as an opening scene.

Check out all the images below: 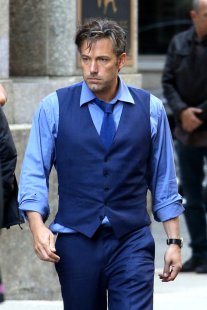 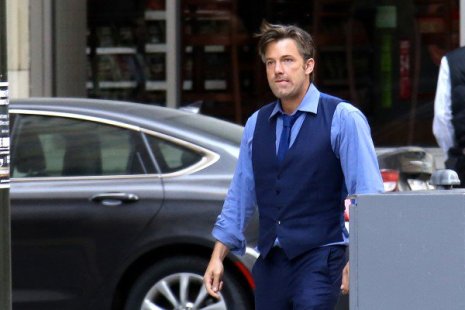 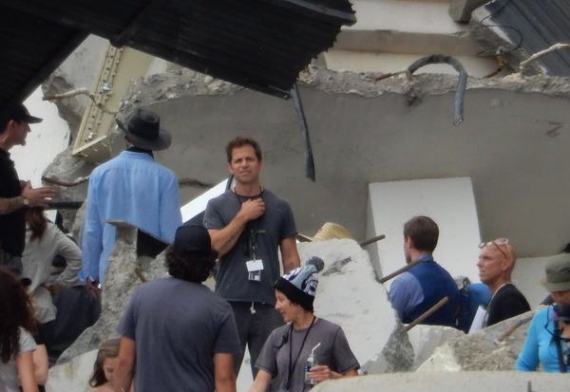 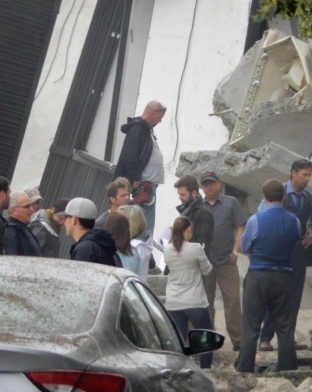 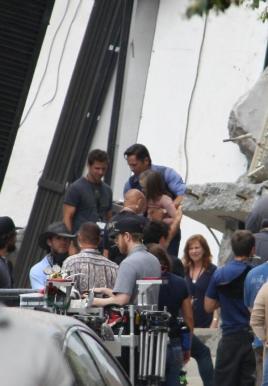 As well as some cool set videos:

The exact age for the DC Universe version of Bruce Wayne/Batman has also become known, as Batman V Superman Producer Michael Uslan said this in a recent interview:

“So, this has happened time and again, and it happened with Affleck. To go back to the original thought of Bruce Wayne in his mid-40s, I think he’s going to be extraordinary.”

So he will be the first Bruce Wayne and Batman in his 40’s when we first see him, so what? From the ‘grizzled’ and ‘seasoned’ part that Snyder is going for, that means that this Bruce Wayne could be kicking ass for 20 years. And that only means that we will see an extremely intelligent, beaten up, and darker Batman then ever before. For me, that just sounds badass and can make for one completely awesome new take on the Dark Knight.