If you thought Warner Bros. Pictures was done with the Harry Potter series after Deathly Hallows: Part 2, there’s good news! It’s been announced that author of the Harry Potter books, J.K. Rowling, will team up with Warner Bros. to produce three films based of the book Fantastic Beasts and Where to Find Them. 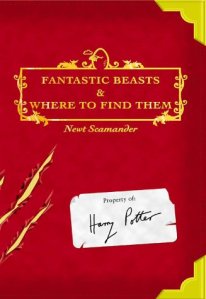 The book (mentioned in The Sorcerer’s Stone) is actually a reproduction of a textbook owned by Harry Potter and written by magizoologist Newt Scamander, a fictional character in the Harry Potter series. The textbook talks about Magizoology, the study of magical creatures and gives a description of 75 creatures recorded during Newt Scamander’s adventures around the world.  Set 70 years before the events in Harry Potter, the film ,which will not be a prequel to the first Harry Potter, will focus on Newt Scamander and his adventures.

The most interesting part for me about this is Warner Bros. intention on making the 42 page book into a three film series. In a movie world where franchises have become huge profits for studios, it does make sense why the studio would do this. It’s certainly doable when you have 75 magical creatures from the world of Harry Potter. Just that should spark the interest in the massive Harry Potter fan base.  The Harry potter films altogether grossed over $7.7 billion dollars, so you can believe Warner Bros. has been wanting to revisit the world of Witchcraft and Wizardry. With The Hobbit films wrapping up this year and DC’s Comic book movie universe still finding it’s footing, this couldn’t have come at a better time for Warner Bros.

Tagged as: Fantastic Beasts and Where to Find Them, Harry Potter, Warner Bros.